Back to top
Manufacturing · Covid-19

There’s only one way out: manufacturing - Caroline Flint

Amid grim news, there are bright moments. The clap for carers, waving at neighbours, and Captain Tom Moore whose face adorns a friendly scarecrow at our local nursery.

There are regular walks, bingeing box sets and Facetime replacing phone calls. Yearning for a family visit, a BBQ with friends or a seat in our favourite pub, we cling to signs that life will return to normal.

They queued around the corner when one Doncaster chip shop re-opened.

We are all slowly feeling our way. Families have lost loved ones, mine included, yet churches remain closed. Millions are furloughed, unsure what awaits them, knowing some jobs will go. Firms hang on the brink of closure. Food banks are busier.

Dark clouds of recession are overhead. Businesses, large and small, are on their knees. Foreign holidays on hold.

I know: “Thanks Caroline, for the cheerful start to Monday.”

Who likes bad news? Even harder to bear if we face further unfairness after another recession.

The first report by the Institute for Prosperity, launched by entrepreneur and economist John Mills revealed that since the crash of 2008, 90 per cent of us have seen no improvement in living standards. A lost decade. But the top 0.1 per cent of earners have seen their incomes double.

Is that all we have to look forward to? Greater inequality? London thriving while most regions face unemployment for years. The wealthy playing by different rules.

Mills says no. We can make our way to a fairer Britain. He argues with compassion that for every region to create new, sustainable work for many, manufacturing is vital.

The Institute’s first report, Manufacturing a Recovery from Coronavirus, explains that this pandemic exposed further the UK’s weaknesses. We do not even have the capacity to manufacture our own PPE, let alone the vaccines we may need.

Yet, up to a century ago, living standards in the North were higher than in London. Extraordinary but true. Britain has not always been as unequal as it is today.

Mills argues that manufacturing is central to recovery. Far from pining for the past, he studied the countries that succeed after crises. And success means for every region, not just the South East.

Manufacturing matters. It is only a tenth of our output yet provides nearly half our export earnings (income from selling abroad).

Manufacturing is twice as important to the economies of Germany, Switzerland and Singapore. Perhaps we cannot match that, but Mills believes manufacturing could become 15 per cent of our output, half as large again.

To make this possible, the UK must tackle our over-valued pound, which makes goods produced here in the UK much more expensive when sold abroad.

Governments used to believe devaluing your currency was defeat. On the contrary, the study argues it is essential to give manufacturing a level playing field.

Yes, our foreign holiday cash would go a little less far, but that is the least of the problems for those planning holidays after Covid-19.

Alongside this is the challenge of increasing investment in training, technology and power. Most of our firms don’t train enough. And many manufacturers only invest enough to replace old machinery.

Nationally, we spend less on machinery and equipment – the bits of investment that help to produce more – than we did before the 2008 crash. It’s not good enough.

We all want new roads, rail, and broadband – every region lags behind the huge sums spent on London’s transport network – but this report demonstrates that countries like China, Korea and Singapore grow faster because they invest in machinery, technology, and power.

The message: power our recovery or face further decline.

Technology need not mean unemployment. In November, I visited a Doncaster kitchen manufacturer, Omega plc, committing £20m to new equipment and manufacturing space. Doubling capacity. But the workforce would grow, not shrink, if normal life returns.

Imagine that vision, that investment happening in every town.

And what of challenges like climate change? The answer is not to duck them; but to adapt, reskill, rebuild. Build our capacity in low carbon manufacturing. Get Britain producing again.

I don’t envy the Chancellor. Through the Bank of England, Government will find hundreds of billions of pounds to save jobs and fund depleted public services. The old rulebook that demanded balanced finances has been shredded.

Survival demands it. The list of those needing bailouts, loans, debt write-offs or new funding is long. Even Richard Branson has joined the queue.

In the 1960s, manufacturing, new housing and new motorways helped create millions of jobs, prosperity and a fairer post-war Britain.

We didn’t learn that lesson after the 2008 financial crash. Tackling this coronavirus recession, we must.

After all this, the hardship and the loss, we can make our way in the world again. And make a fairer Britain as we do.

Then I’ll be the first to lead the clap for our country. A brighter moment. Better times. And I won’t be alone. 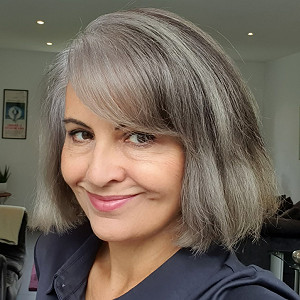