Back to top
Blogs & Insights

Brendan Chilton: Manufacturing has the power to transform the British economy once again

The Industrial Revolution transformed the United Kingdom from being a small European power to the world’s foremost economic and military power. British manufacturing capacity created the wealth that built the world's largest empire. Britain was the workshop of the world because investment in new technology, new forms of energy and increased automation afforded us a competitive advantage that no other country could match. The UK was unchallenged as a global superpower for nearly two hundred years.

Today, the world is undergoing a similarly radical transformation. The fourth Industrial Revolution, the digital revolution, is transforming the way we work and live. The COVID-19 pandemic has been a catalyst for that change, and the commitment by the international community to the decarbonisation of our economies will only accelerate the need for countries to make themselves more competitive and cutting edge in respect of power, automation, and technology. The countries that make the right investments today will be the manufacturing superpowers of tomorrow.

Manufacturing is key to the economic success of any nation in the modern world. The pandemic has demonstrated huge problems with the reliability and security of our supply chains, the capacity of a country to produce the equipment necessary to deal with a crisis and general needs and the ability of a country to produce goods to support other less developed countries. From the inadequate supply of ventilators and PPE, Britain was left dangerously exposed and unable to meet the emergency needs of the nation. We may have voted to take back control from Brussels, but the pandemic revealed that the British government is far from in control of the nation's destiny and security.

In our consciousness, manufacturing conjures up images of huge factories billowing smoke into the atmosphere. Or huge yards or wharfs employing tens of thousands of workers covered in soot and muck. But modern manufacturing can be clean, dynamic and smart. While the British economy is dominated by service industries, those fast-growing economies around the world are built on manufacturing. If the UK is to compete with those countries and remain one of the foremost economic powers in the world then we need to diversify our economy and revive clean manufacturing that provides well-paid jobs, meets our strategic needs and helps grow our economy at a much faster rate.

The country is in the midst of an energy crisis. The perfect storm of the economy re-opening, combined with the lowest levels of wind in forty years and the depletion of natural gas stockpiles due to an extremely long winter last year is leading to increased energy costs for businesses and consumers. Since the early 2000s, the UK has been a net energy importer. It is quite clear that a long term objective of the British government should be to ensure that as far as possible the UK produces most of its own energy. The government has announced a significant step in pursuing a new hydrogen strategy to provide low carbon hydrogen production by 2030. In time, this sector could grow to substantial proportions, making British manufacturing one of the greenest and most efficient in the world.

The world is currently moving through the fourth industrial revolution. The country that invests in and uses the best technology first will likely be a superpower in the future. We, therefore, need to focus our attention on improving emerging technology such as 3D manufacturing, artificial intelligence and increased automation. Manufacturing today will look very different in the future. But the fundamental truth remains the same, we must invest and adapt now to ensure our power and influence in the world is sustained and grows. It is therefore vital for British manufacturing that higher investment levels are afforded to those emerging technologies that will ultimately reduce costs for manufacturing.

Automation will ultimately mean that in time labour costs will in all likelihood be reduced, or even be eradicated in certain manufacturing roles. However, new jobs will always emerge through innovation and technological development just as they have over the past century and before. While the likely risk of increased use of AI is that in the long term jobs will be lost, the wealth created by being a country that embraces AI in manufacturing will certainly afford opportunities for increased training, lifelong learning and other opportunities. At present countries such as Japan, Germany and South Korea are some of the fastest in transitioning from traditional methods to AI in respect of manufacturing. Britain must keep up or lose out!

As larger nations such as China, India and the United States, as well as trade blocs such as the European Union increasingly dominate the world, and emerging powers including Indonesia, Mexico and Vietnam, Britain needs to stand out to investors and businesses. As well as ensuring our tax and regulatory framework remain as light touch as possible and that our labour force is flexible, a vibrant manufacturing sector driving economic growth will enable Britain to be able to afford to punch above its weight in world affairs. We cannot continue to trade on yesterday's prestige and past glories. No nation or business will respect our position because of what we were, they will respond to what we do. While today the world is dominated by ‘Made in China’ if we alter our thinking there is no reason why the world of tomorrow cannot be dominated by ‘Made in Great Britain’ once again. 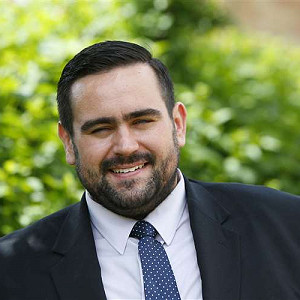 Director of The Institute for Prosperity